It’s a multiplayer game for 4 persons. It’s a team co-op shooter but you don’t have who are you with! It supposed to be visible by damage from weapon – there is no damage from friend’s gun.

Additionally there is a fire ring which is getting smaller and smaller over time and eventually kills everybody who left alive.

It’s unfinished due to some technical reasons (explained here) (I was only a graphic artist…not a programmer…. and that’s why it didn’t worked :/ ) 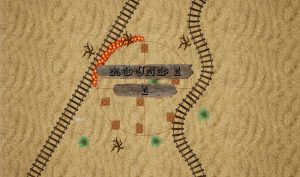 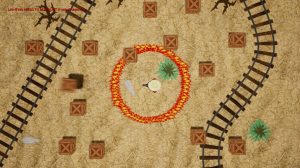 I don’t post download because there is no working build, besides the game core is not finished