I was considering making a game alone, but in the end I joined a team. We did something really fun – MMO (hahah just kidding!!! ((no, I am talking seriously – it’s a multiplayer game)). We called it “My fishies”.

The game, in general, is about a cat which wants to eat all the fishes in a fishtank!

The game is designed to play in front of one big screen (PC with cat – host) by many people (fishes) with smartphones/laptops/anything with a web browser, so the players can see the cat on big screen, and see themselves on their screens.

One player controls a cat (on PC) which can move around aquarium and catch fishes. The rest of the players (we set the limit to  1000  but you know…. heh) plays on a website. You don’t have to install anything!! They see a map (with fishfood) and they can move around the fishtank. They must avoid the cat, however, it’s not shown on a map, only on PC screen. Fishes can also collect fishfood in order to grow! On PC there is leaderboard, so you can see which fish is the biggest one! 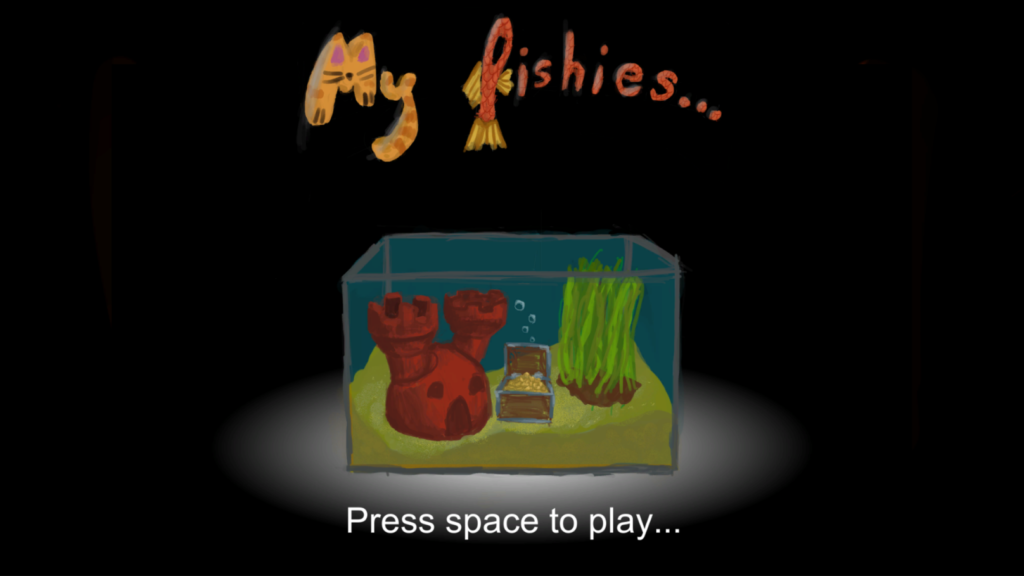 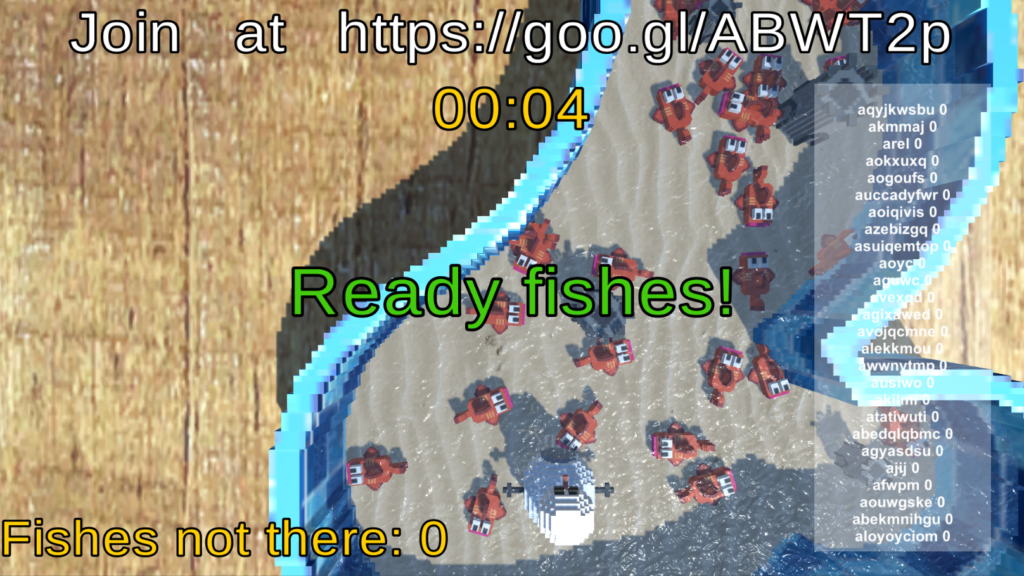 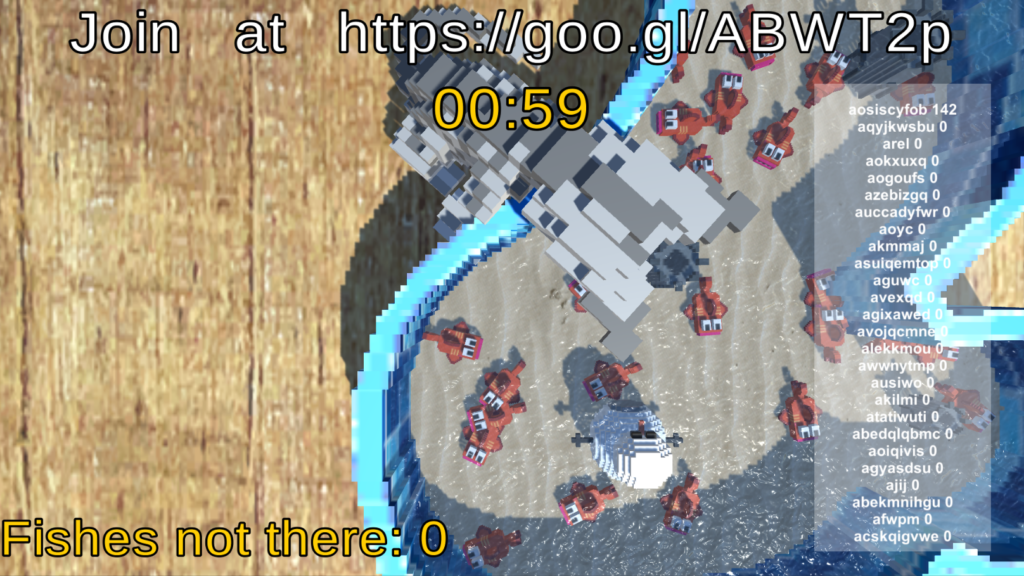 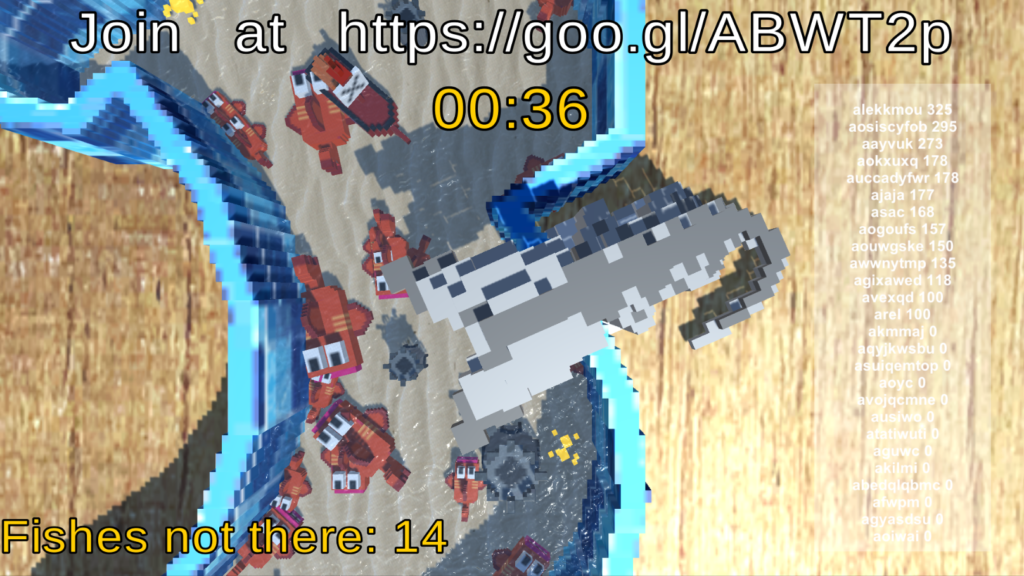 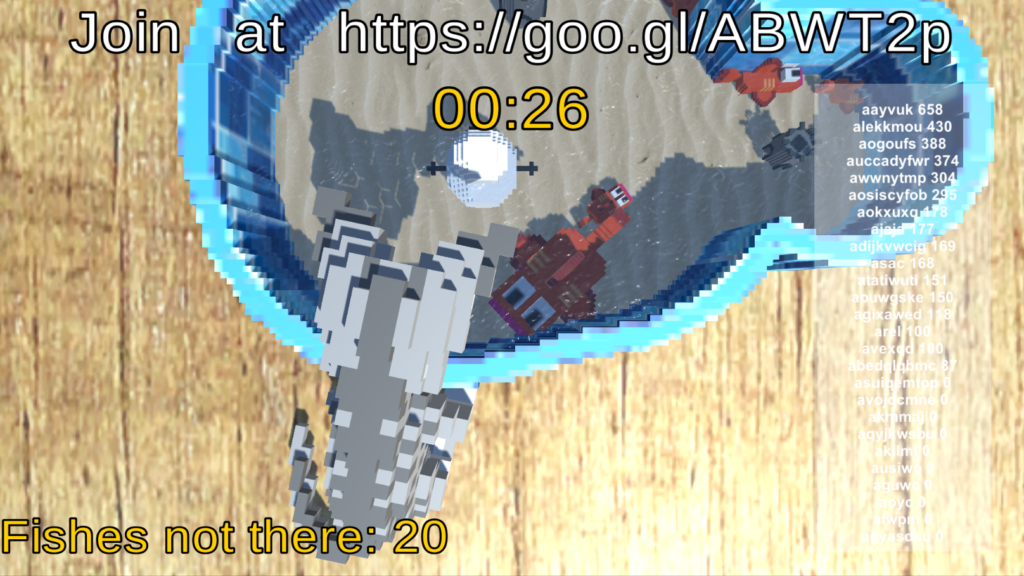 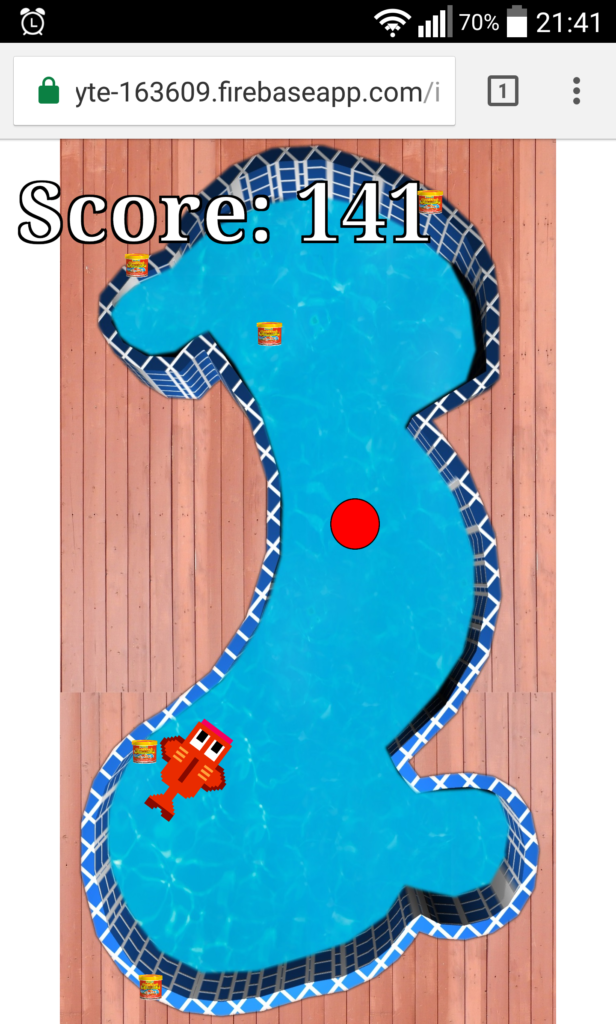 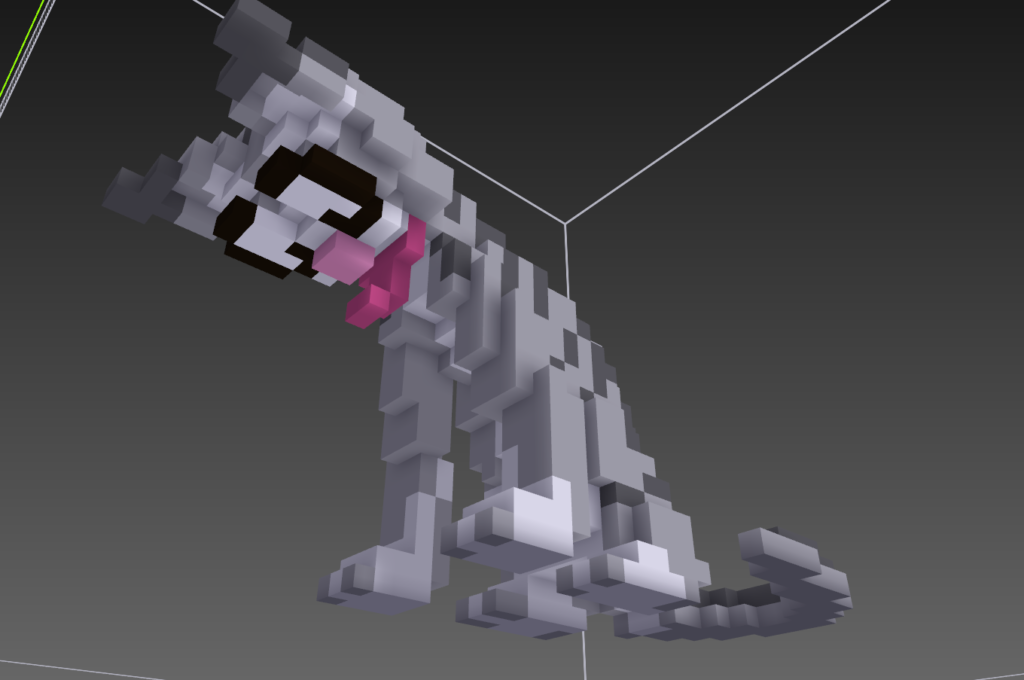 The theme was pretty weird to deal with. It was “not there” 😛

At first, I thought “WTF??” when they published it (there was a text “Theme: not there”, so we thought that the theme is not there 😛 XD), but after 8 hours there was official theme announcement and they told us that this indeed is the theme…

Our team consisted of 6 members including me.

Sadly, we don’t have a working .exe at this moment, it works only in editor. That’s because

It was great to be on the Nordic, visit Copenhagen and of course to make this game! See you!